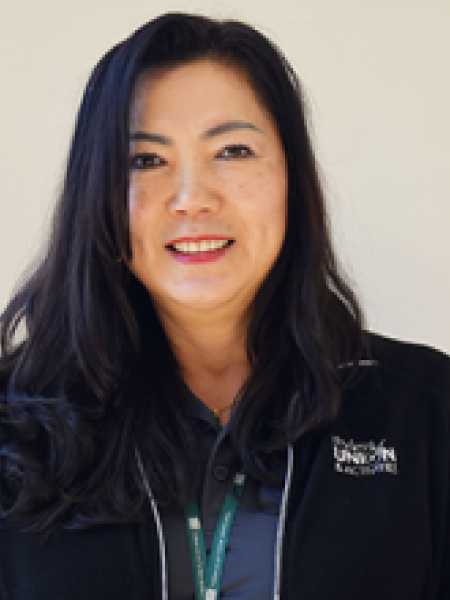 Kiye Yang is originally from Korea and moved to the United States in 1990. She has worked at UNC Charlotte for over 20 years, first at the James H. Barnhardt Student Activity Center, and then in several other facilities on campus until she moved over to the Student Union as a shift supervisor in 2008. She is very athletic and loves to run and play golf.